What are the differences, and why do they exist?

As a copywriter, there are few things that frustrate me more than the eternal struggle between using British and American English.

Let me give you an example. Imagine that you’re writing an article and you reach a point when you have to write the word “realise”. As a Brit, I will immediately default to the British English spelling, with an ‘S’ rather than a ‘Z’. This will make me stop in my tracks, though.

“What if an American reads this article? Or a non-native English speaker, who has probably learned English through the American variant?”

Begrudgingly, I will go back and change it to the ‘Z’ spelling. I know that American English is more widely used around the world, and I know that it’s a more recognised variant of our language…

It still frustrates me to no end, though! It’s like having an itch that you can’t scratch.

This begs the bigger question though: why do these differences exist? Why do I have this head-scratching moment every time I’m writing a new article or blog?

It all started with an American author and lexicographer called Noah Webster. He became frustrated with all the inconsistencies within English, such as the different spellings, pronunciations and meanings. In 1783, he began the publishing of a series of booklets around spelling and grammar, with the idea of promoting an American style of English that was easier to teach to schoolchildren due to more logical spelling and grammar. This continued when he began publishing his dictionaries of the English language in 1806.

So, we can see when American English first started to move away from British English. I can understand why, as well. After all, there are a lot of problems with British English that make it really tough to learn when you’re in school or picking it up as a second language.

This is probably a good time to start discussing some of these differences:

The most obvious of these differences are the multitude of different spellings that Americans have in comparison to us Brits. A commonly known difference is the dropping of a ‘U’ from many words, such as ‘color’, ‘labor’, and ‘honor’.

Another difference comes in British words that end in ‘-re’. In American English this is reversed such as in the words ‘center’, ‘caliber’, and ‘liter’.

The difficulties are there for both sides when they are forced to use the other variant of English spelling; you’re brought up to spell these words a certain way and having to change that for any reason can be really frustrating! We could be here all day talking about spelling differences, though, but I think I’ve made my point.

Let’s wrap up by talking about some grammatical differences. I’m sure you’ve watched some American TV or heard some Americans speaking casually in the past and have felt a little out of place. This is because there are some fundamental differences in grammar between American and British English.

As a simple example, some words have different past-tense forms. The word ‘fit’ changes to the ‘fitted’ in British English when used in the past tense. In American, though, ‘fit’ stays the same (“The jumper fit her perfectly”, as opposed to the British: “The jumper fitted her perfectly”.)

Now, some of you might be saying “but I use [insert American English spelling or grammar structure here] every day, do your research!” It’s important to remember, though, that we all live in a connected world. We’re all exposed to different cultures every day through a multitude of different digital and traditional channels. It’s easy to adopt these after a long time, but all of the examples that I’ve mentioned here are recognised by a variety of different language experts.

The differences often aren’t as pronounced as we think when we’re getting frustrated by them. After all, we’ve all absorbed 1 or 2 Americanisms into our own lexicon over the years. Most of the time, it’s easier to just brush it off, change the spelling or grammar and focus on creating the best content you can.

And hey, in all fairness, the Americans do get it right at times. I mean, come on, we used “connexion” instead of “connection” until the 1980s… 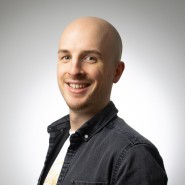