Every John Lewis Christmas advert ranked from worst to best

Quality Street boxes in supermarkets. Pigs in blankets on roast dinner plates. The new John Lewis advert on TV. Yep, the countdown to Christmas has officially begun. For television-owners up and down the country, the John Lewis Christmas advert has become as much of an annual tradition as that Lynx Africa set you receive from a distant relative every year!

First launched in 2007, the adverts have certainly kept the British public captivated, attracting widespread media coverage each year. Their stories, messages, and songs are often heartwarming and for many, perfectly capture the essence of Christmas. Here at redPepper, we are no exception to joining in on the John Lewis Christmas advert hype! So, after much consideration, and a few friendly-debates, we’ve put together, from worst to best, a definitive ranking of the John Lewis Christmas adverts.

Unfortunately sitting at the bottom of our list is the 2008 Christmas advert, “Clues”. The ad shows a montage of people and their ideal gifts with the key message “If you know the person, you’ll find the present”. Although simple, it’s quite the contrast to the high-production, heartfelt ads that we’ve seen in recent years.

Also very different from the captivating storyline we see in today’s adverts, back in 2007, John Lewis took a relatively simple approach. The ad featured various presents and products that were carefully positioned to create the shadow of a woman and a dog in the snow. Although a stripped-down version of today’s ads, we did enjoy the creativity.

Next on the list for us is the 2010 ad, “A Tribute to the Givers”. The ad shows a collection of people preparing gifts for their loved ones including parents hiding a rocking horse from their children and a young boy delivering a stocking to his dog. The ad is successful at harnessing the relatable feeling of hiding presents from loved ones but lacks the more emotional approach of later ads.

In 2009, John Lewis began to collaborate with creative agency Adam & Eve, demonstrating a significant improvement in the quality of their Christmas ads. The 2009 advert, “The Feeling” featured young children opening gifts that would usually be received by adults. The key message being “Remember how Christmas used to feel”. We were particularly fond of the angle that this advert takes, encouraging its viewers to embrace their youthful side even if just for Christmas.

Unlike a fine wine, the John Lewis adverts haven’t always improved as years have passed by. Despite reportedly paying Elton John a huge £5 million to star in it, last year’s ad “The Boy & The Piano” reaches just number 9 on our list. The advert sees Elton John through the years in reverse, eventually culminating with Christmas Day in the 1950s when he received a piano from his mother. For us, the advert felt a little too commercialised towards “Rocket Man” the upcoming film on Elton John’s life. This, therefore, becomes a distraction from the message at the heart of the advert, that “some gifts are more than just a gift”.

Although this advert wasn’t our favourite, we do appreciate the creative campaign that accompanied it. As a teaser, many John Lewis stores removed the “Lewis” to only leave “John”. And, ITV changed the theme tunes on many of their programmes to piano arrangements prior to its launch.

Next on our list is “The Bear and the Hare”, most famously associated with Lily Allen’s cover of Keane’s “Somewhere Only We Know”. The song quickly rose to the top of the UK Singles Chart multiple times after the release of the advert. The advert is unique in its Disney-esque 2D animation style, but, for us lacked the human connection and relatability that we’ve seen in other John Lewis Christmas ads.

The 2017 ad featured a boy who is afraid of the dark and “Moz the Monster” who lives under his bed. In an adorable montage, the two become friends, playing together at night but causing the boy to become tired during the day. The ad concludes on Christmas day, where the boy receives a nightlight from Moz. When the nightlight is off, Moz is there, but when it is on, he can’t see him anymore. The monster has sacrificed himself for his little friend to help him sleep!

To accompany the ad, John Lewis released a plush toy of Moz the Monster and the nightlight featured in the advert. This was a particularly smart way to integrate John Lewis’s products with the ad without losing the heartwarming story that viewers expect.

“The Journey” was John Lewis’s 2012 Christmas advert, which had similar song-based success to “The Bear and the Hare”. Gabrielle Aplin’s version of “The Power of Love” was featured on the advert and was the first song from a John Lewis Christmas advert to reach the number one spot on the UK Singles Chart.

The advert features the sweet story of a snowman who travels across fields, a river and a mountain to find the perfect gift for Mrs Snowman. All perfectly complemented by the song, the advert demonstrates the lengths one might go to for love, ultimately underpinning the strapline “Give a little more love this Christmas”.

Just making it into the top 5 we have “Buster the Boxer”, released in 2016. The ad features the loveable Boxer dog, Buster and a young girl who receives a trampoline for Christmas. The girl’s father builds the trampoline Christmas eve, only for foxes, badgers, squirrels and a hedgehog to begin jumping on the trampoline while Buster looks on longingly. On Christmas Day, the girl runs down the stairs to see her trampoline, only for Buster to leap onto it and begin jumping himself!

For us, this advert is particularly memorable as it seems to be the first instance that any of the adverts experiment with elements of comedy. Of course, we also can’t help but love Buster!

For our 4th place advert, we’re heading back to 2011. “The Long Wait” featured a little boy impatiently watching the clock tick by as he counts down the days until Christmas. The featured song “Please, Please, Please, Let Me Get What I Want” undoubtedly leads its viewer to believe that this is for the usual reasons, the child being excited to receive his presents. On Christmas Eve he eats his dinner and goes to bed early, ready for the following day.

On Christmas morning, he leaps out of bed and runs straight past his pile of presents to retrieve one from inside his wardrobe. He walks into his parents’ bedroom and gives them the present! We particularly enjoy the sense of surprise that this advert brings, the viewer presumes that he is excited to receive his own presents but really he is excited to give one.

Coming in at 3rd place is “Monty the Penguin”, the heart-warming tale of the friendship between a little boy and his penguin friend Monty. The little boy and Monty spend every day together until Monty begins to seem a little distracted by couples on television and the streets.

On Christmas morning the little boy gives his Christmas present to Monty, a female penguin! The advert ends as it is revealed to the viewer that the penguins were just toys, after all. As with many of the John Lewis Christmas adverts, “Monty the Penguin” wonderfully captures the beauty of childhood imagination.

Just missing out on the top spot is this year’s John Lewis Christmas advert, “Excitable Edgar”! The advert features the mischievous but loveable Edgar the dragon, who continually ruins Christmas by breathing fire over Snowmen, frozen lakes and Christmas trees. The advert ends as Edgar’s friend, the little girl, finds the perfect present for him, a Christmas pudding. Edgar proudly breathes fire over the Christmas pudding and he is finally celebrated for his differences – a message we love!

As well as the adorable Edgar, we appreciate this advert’s fusion of comedic moments while retaining the joyous message that television-viewers have come to love and expect.

Finally, our first-place advert is “Man on the Moon”, perhaps the most emotive of the collection. The advert tells the story of a young girl watching an old man that she spotted on the moon through her telescope. She tries to contact him over and over again but her attempts to catch his attention continuously fail. However, on Christmas Day, she sends him a special delivery, via balloon, of a telescope. The elderly man finally gets to see the earth and his friend, the little girl.

The advert ends with the message “Show someone they’re loved this Christmas” and brings to light the theme of loneliness, particularly in the elderly at Christmas. This is an important message only heightened further by the campaign’s notable collaboration with Age UK. 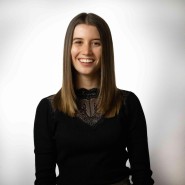