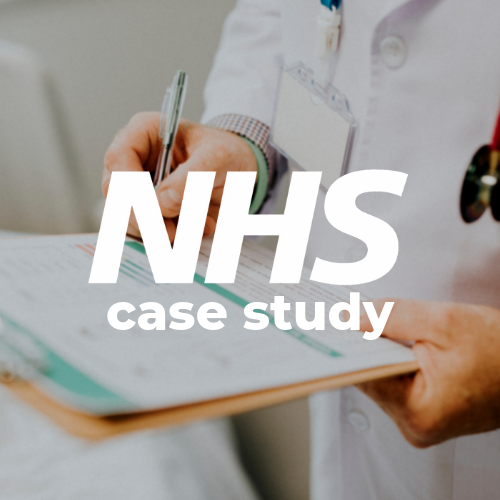 NHS | Females of the Future

Females of the future was a campaign commissioned by the NHS to increase the uptake of cervical screening tests in women aged 25 and over. We were asked to create the campaign and were given a fairly loose brief. This enabled us to be creative and seek a solution that hadn’t been used in previous cervical screening campaigns.

The campaign featured 2 distinctive channels of communication: traditional print assets and social media. We decided upon these channels as they allowed us to target 2 different audiences effectively within the allocated budget. Below, we’ll discuss these 2 channels in detail, including the methods used and the reasons behind them.

This campaign provided us with some unique challenges:

To overcome these challenges, we needed to design a campaign that presented the procedure differently. A lot of uncertainty surrounds a cervical screening, so it was important to spread positive but honest information that the procedure is safe, quick, and can be a little bit uncomfortable.

There also needed to be a change in the language and style when compared to previous campaigns. As we were targeting women around the age of 25-35, a sterile and medical-focussed approach wasn’t going to work. We decided to use a more empowering message that would appeal to this demographic and encourage a higher uptake of the procedure.

Finally, there was a tight deadline and a relatively short campaign runtime. Budget was also a consideration which limited the number of options that we had. Due to this, we had to use relatively cheap forms of marketing that would still reach a large number of our target audience.

Following a strategic review session, we came up with a plan that would enable us to see the results we wanted whilst also staying within budget.

To begin, it was imperative to get some new assets and information into local GP surgeries. Often, women around the age of 25 will visit their GP for another reason and be encouraged to book a cervical screening. This was a key part of the process that we needed to update. We started by designing and printing some letters that would go to GP surgeries. These letters were designed to guide their use of other assets and giving them advice on how to encourage higher uptakes of the procedure.

Other assets were also provided to GP surgeries. Memo pads were provided to allow GPs and nurse practitioners to provide booking information to patients. These memo pads were designed to encourage surgery staff to remind patients about booking a cervical screening.

Mirror cards, which are credit-card-sized mirrors with campaign branding, were also given to GP surgeries. These were then given to patients in the key demographics as a reminder to book an appointment. Mirror cards had been proven to be popular with the target audience in the past, with brands such as Superdrug using them.

Social media also played a key role in the campaign. We created a Facebook page for the duration of the campaign that was designed to capture individuals in our target audience that weren’t going to be visiting a GP surgery.

The social media side of the campaign had some varied objectives. Firstly, we used it as a platform to host a competition. The competition involved reading some short educational information about cervical screenings, followed by answering a questionnaire. Entrants were then encouraged to book the procedure at their local GP. After the questionnaire was completed, they were entered into a prize draw.

Competitions are a great way to encourage engagement and facilitate an information exchange. In this case, we used it to educate and inform our audience about cervical screenings.

As well as the competition, we regularly updated the Facebook page with educational and engaging content for those of our audience who were already actively following the page.

Paid social media advertising was utilised as well. This allowed us to increase the reach and engagement on key posts, such as the competition.